on July 15, 2013
Anytime some retrospective of the 80’s comes on TV, I’m all over it.  NatGeo recently ran a six part docuseries “The 80s: The Decade That Made Us,” and I was glued.  Being a bonafide Child of the 80s, I remember when we got our news from Dan Rather, Peter Jennings and Tom Brokaw, that shoulder pads were as essential as shoes and how everyone revolted against New Coke.  I remember when the world premiere of a video on MTV was an event that you stayed up late for on Friday nights; when “Material Girl” by Madonna made its debut, my loyalties forever tilted from Cyndi Lauper to Madge.  For the uninitiated, they were the Britney and Christina of their day. The Demi and Miley…you get the idea).


As nostalgic as I get for the 80s and as much as that decade’s influence continues to be felt, even today, I hold a special place in my heart for what I sometimes think is a forgotten decade: the 90’s. 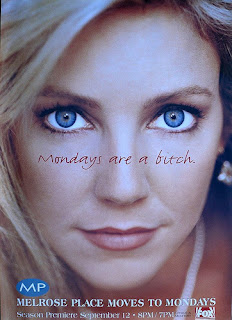 Remember Melrose Mondays? (image from http://marcharshbarger.blogspot.com)
I think for my generation, the 90s is probably like the 70s was for my parent’s generation: a red-headed stepchild forever lost in the shadows to the more glamorous, more revered decade that came before it.  Whenever  my father gets misty for days gone by, it's usually about Motown’s heyday, standing in line to see “The Graduate” and watching Neil Armstrong land on the moon.  When he talks about the 70s, it’s all high gas prices, inflation and a disdain for disco.  Similarly, hardly anybody waxes nostalgic about the 90s with the same fervor as they do the 80s.


Though my childhood is all 80s, all the time, I am unequivocally a Girl of the 90’s.  When I think about the 90’s, I envision matte lipstick, chokers and frilly blouses.  I strutted around in baggy denim overalls with one strap hanging down my back and baby doll dresses with black patent leather lace-ups and thick white socks.  My boyfriend wore Drakkar Noir and Z Cavaricci suits (don’t judge) both of which only made him hotter.  Just the other day, I was reminiscing with someone about “Melrose Mondays,” a time when the FOX bitchfest ruled Monday nights (and my VCR – remember those?).  When Dylan cheated on Brenda with Kelly, I burned (though thankfully, I didn’t chant “Donna Martin Graduate”).  When “Smells Like Teen Spirit” hit the airwaves, like everyone else, I was stunned – what WAS that?  I listened to my cassettes of “Born to Sing” by En Vogue and “Poison” by Bell Biv Devoe so much, the tape eventually stretched to the point that whenever I listened to them on my Sony Walkman, I could hear the songs on the other side screaming through. 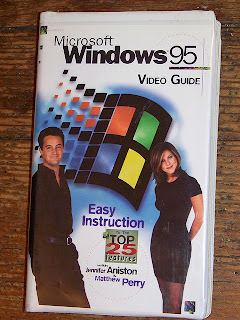 Seriously...only in the 90s (image from buzzfeed.com)
My new book, “Sweet Little Lies” is the teeniest, tiniest little homage to the 90s (it’ll be FREE on Amazon July 17-18, if you want to give it a whirl).  The main character, Kelly, was “one of those ubiquitous 90s supermodels,” and part of the action takes place during that time.  When I sat down to write it, I did want to include a little bit of that 90s flavor in the book and even came up with a playlist drawn largely from tunes from that decade (check out the playlist here), such as “Freedom ’90,” “My Lovin’(You’re Never Gonna Get It,” and “Supermodel.”  It’s kind of fun for me to think about Kelly rocking out to the same songs and wearing some of the same fashions as I did back in the day…after all, writers always put a little bit of themselves into their characters J


While the 80s may get all the glory, the 90s was a highly impactful decade that shouldn’t be taken so lightly.  It birthed Lilith Fair and Lollapalooza. It was the 1992 L.A. riots.  It was O.J. and Monica Lewinsky.  It was Must-See-TV on NBC.  It was the rise of hip hop, boy bands, Spice Girls and grunge.  On a personal note, the 90’s was when adolescence and adulthood collided for me.  It’s when I started high school, moved to Chicago, got my first job, went to college, fell in love for the first time and began my career.  Many of the close friendships I have today were formed in the 90s. Not to go all “Wonder Years” or anything, but the decade played a huge part in who I am today (alright, alright…insert my Kevin Arnold voiceover here.)


So, while I’ll continue to worship at the altar of the 80s, there’ll always be a little room up there for the 90s. 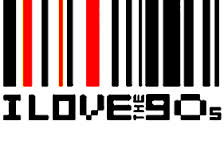