on August 11, 2013
We all know that Amazon has eliminated the middle man and made it possible for every Joe Blow off the street (myself included—does that make me a Jill Blow?) to become a published author.  While in theory, it seems like all it takes is a few clicks and voila, you're published, the reality is, it's so much more than that. The minute you upload that first book, you become a small business owner (even traditionally published authors know this).  You're in charge of formatting, cover art, marketing and much, much more.  Most of all, you need to get busy writing the next book.

However, just because you CAN do something, doesn't always mean you SHOULD.  An ongoing and frankly at times, warranted, criticism of indie/self-published authors, is that the books just aren't professional; crappy covers, little to no editing, bad formatting and amateurish writing.   Sometimes, in the glee to become A PUBLISHED AUTHOR (insert a booming Oprah voice) way, way too many folks skip training and bolt to the finish line, mystified as to why they're doubled over in pain and out of breath.  Michael Jordan didn't become a six-time NBA champion, five-time MVP and Hall of Famer by just picking up a basketball.

He learned how to play the game.

If you're going to join the fray, you should arm yourself with as much information as you possibly can about the publishing industry as a whole, and indie/self-publishing specifically.  Don't forget the craft of writing—we can all stand at least one writing class and a book or two.  There's no shortage of awesome blogs out there, crammed with invaluable information.  A lot of it, you'll figure out along the way and even forge your own path and figure out what works best for you.  However, to position yourself for a successful career over the long haul (which really should be the goal), you have to learn how to play the game.

While not meant to be a definitive guide, the following five books are just a few of the guides every aspiring, newbie and established indie author should have on their bookshelf—they've been a tremendous help to me and ones I refer back to often.  If you know of others, post them in the comments section—it can only help!

In the meantime, here are my five personal essentials:

The Newbie's Guide to Publishing by J.A. Konrath

A pioneer in "going indie," Konrath leaves no stone unturned in this 337,000 word tome which examines the ins and outs of the publishing industry.  Konrath goes deep, giving writing tips, details on how he landed his publishing deal (and what ultimately led him to walk away from legacy publishing) a behind-the-scenes look at a major book distribution warehouse, blow-by-blow accounts of book signings, promotion strategies and just about any other facet of publishing you can think of (and a lot you can't conceive of).  The book is long and you may be tempted to skip through some sections.  Resist that temptation.  Read it.  The whole enchilada.  I have whole sections bookmarked and refer back to them often.  A goldmine of information. 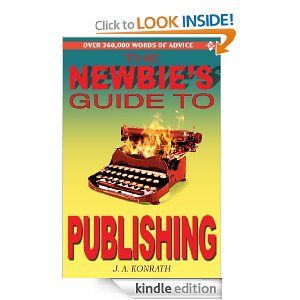 Let's Get Visible: How To Get Noticed And Sell More Books by David Gaughran
This is a well-written, extremely informative guide for what to do after you publish your book.  Gaughran delves into Amazon's famous (infamous?) algorithms, advertising, book launches, BISAC Codes (how you classify your book), the numerous Amazon lists, perma-free, sales venues outside of Amazon—you name it.  There's even a toolkit for authors at the back of the book.  Though I haven't read it, Gaughran's first book in this series, "Let's Get Digital: How To Self-Publish, And Why You Should," has been praised as a "must-read" for anyone looking to jump into self-publishing.  Add its sequel to the bunch. 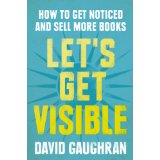 On Writing by Stephen King
Well, I just can't say enough about this book.  If you only read one book on the craft of writing, make it this one.  The first third or so is autobiographical, detailing King's ramshackle childhood, how he caught the writing bug and where the idea for his blockbuster novel "Carrie," sprang from.  The meat of the book, if you will, is a master class on the craft, from dialogue, the evil of adverbs, setting, pacing...everything.  The last part is about the crippling car accident that at first, seemed like a death knell, but instead provided new inspiration for King's writing.  Go now and download this book.  Now.

The Elements of Style by Strunk and White
Reading this book will alternately make you feel empowered and embarrassed. Though less than 100 pages, it does a lot, explaining, among other topics, composition, form and commonly misused words and expressions in simple, easy to understand language.  You'll be thrilled to have all of this valuable information in a concise package.  However, you'll also be mortified to realize that you haven't written the brilliant manuscript you think you have, because you made a LOT of rookie mistakes.  Buy the "Elements of Style."  Read it.  Commit it memory.  Then read it again.  It's that priceless. 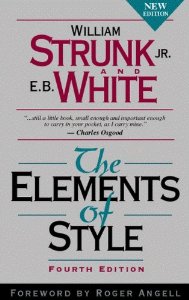 Publish on Amazon Kindle with Kindle Direct Publishing by Kindle Direct Publishing
This free step-by-step guide will walk you through the process of formatting and uploading your completed eBook to Amazon. It answers a lot of basic questions about rights and royalties, the review process, content guidelines etc.  Once you've uploaded to Amazon a few times, you won't need to rely on this book, but for those starting out, it's a handy book to help get you started. 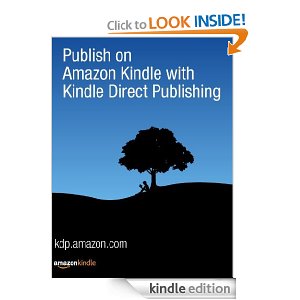