Sneak Peek – Every Breath You Take

on November 14, 2014
Well, after the longest road ever, I am finally seeing a light at the end of the tunnel and “Every Breath You Take” will be out in early 2015. For now, here’s the blurb along with a sneak peek at Chapter 1:* 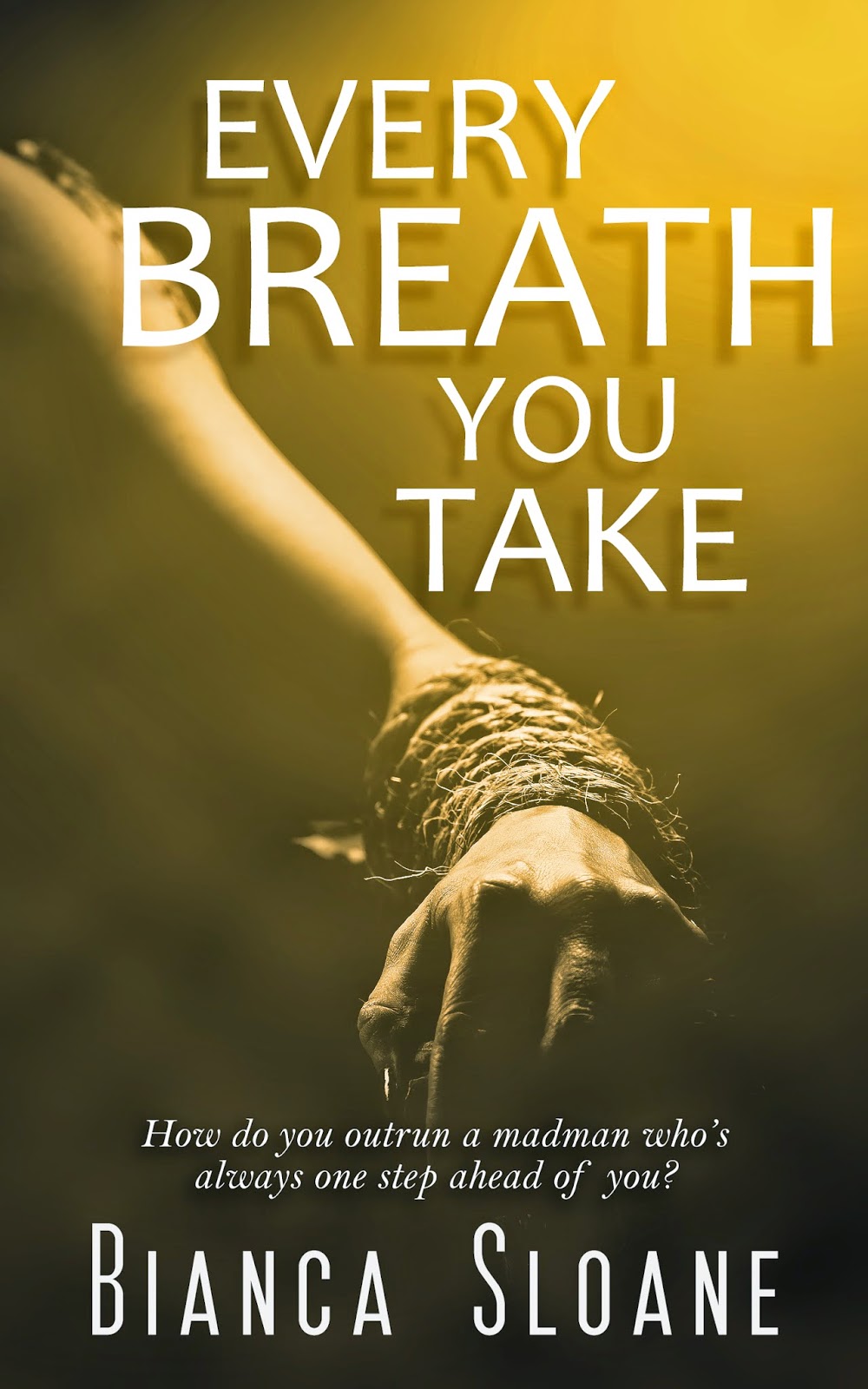 ﻿
About “Every Breath You Take”
Every Monday, Wednesday and Friday, Natalie Scott goes jogging along Chicago’s lakefront. She likes foreign films, cinnamon gum and strawberry yogurt. She smells like sunflowers in the summer and roses in the winter.

These are just a few of the things Natalie’s stalker knows about her.

In fact, he knows everything about her.

In one brutal act of violence, Natalie’s stalker will reveal himself to her, imprisoning her in the process, determined to own her body and soul. Now trapped in a madman’s web, Natalie finds herself in a terrifying battle of wills where the only way to survive is to beat the monster at his own game…


Of course, there are so many things she misses. Too many to count, really. The sound of a ringing telephone. The heft of a link watch sliding against her wrist bones—of being able to glance down whenever she wanted to check the time. The crunch of a cake cone underneath a scoop of pecan praline ice cream on a sweltering summer day. The lemony flutter of furniture polish underneath her nose. Walking. She misses just . . . walking. She couldn’t count pacing. Pacing across the same patch of Pepto-pink carpet every day wasn’t the same as putting one foot in front of the other to cross a street, of feeling the strike of your heel against a concrete sidewalk, or even wandering the aisles of the drugstore in search of something as mundane as toothpaste.

It was the sunlight that surprised her the most, though, never having been much of an outdoors person. She could only claw helplessly at the blacked-out, shatterproof window, yearning for the freedom on the other side. In her weaker moments of grand delusion, she thought if she rubbed hard enough, she could wear a hole in the thick pane to let in a slip of light—and eventually, a gaping fissure that she could shimmy through to emancipation.

Lately, she’d taken to lying on the floor and staring at the ceiling, pretending it was blue sky. The stiff, itchy bristles of the ugly pink carpet fell away and became grains of lush white sand or velvety, sweet-smelling grass. The gnarled, winding veins of the stucco ceiling were voluminous cotton-candy clouds floating across a bright, white sun. Most of the time, it was just infinite crystalline blue sky. Once in a while, it was a little overcast, but it never rained.


Ever.
In fact, in all the time she’d been here, however long that had been, she’d never heard the sound of raindrops pounding against the roof or tapping against the windows.
Not even the solitude of rain to keep her from going insane.

Every Breath You Take