They say necessity is the mother of invention, thus the creation of eBookbargainsUK, a new daily newsletter designed to bring readers in the U.K. news of bargain eBooks.  I first heard about eBookbargainsUK a few months ago and always being on the lookout for new ways to reach readers, I threw my hat in and listed “Live and Let Die.”  I immediately saw a nice little bump in U.K. sales, so that was kind of cool.


So, I was curious to learn more about the U.K. book industry and eBookbargainsUK founder, Mick, graciously agreed to answer my questions.  Read on to learn more about why he created the newsletter, the differences between the U.S. and U.K. eBook markets and who the Indie stars are across the pond.

Tell me about eBookbargainsuk.com.
At its simplest, eBookbargainsuk, is a daily newsletter for British readers to discover eBook bargains.  It’s a project born of frustration at not being able to access many of the bargains and special offers on the big U.S. eBook sites.

As a voracious reader on a shoe-string budget, I subscribe to just about every eBook newsletter I can.  It’s not just a great way to get bargain titles from my favourite authors; it’s also a great way to discover new books and authors I never knew existed.

But, time and again, I click on a must-read $.99 or free title on BookBub or POI or wherever, only to find the book is unavailable or the offer isn’t valid in the U.K. 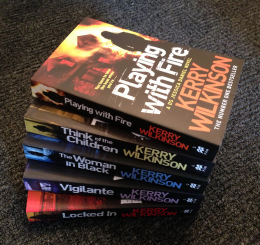 Kerry Wilkinson started out as an Indie and became wildly popular in the U.K. (image from kerrywilkinson.com)
It’s great that Amazon, Apple and Kobo and Sony have a site for the US and another site for the U.K., but when we Brits see a bargain on a big American promotion we are (of course) taken to the U.S. site. We then have to navigate to the U.K. site, often just to be disappointed.

It was clear what we Brits needed was a British version of the wonderful BookBub, with links to British sites, in British pounds. It was also clear it wasn’t going to materialise (excuse the spellings – that’s British English!) out of thin air. So, taking advice from a number of British and international authors, eBookbargainsuk was born.

How will the site connect readers with authors?
Through the daily newsletter (subscribe at http://www.ebookbargainsuk.com).
At 9:00 every morning (British time) the newsletter goes out with a range of eBook titles, none of which cost over five pounds, and many of which are under a pound, or free.

Once a reader subscribes, they get the daily newsletter in their email inbox every morning come rain or shine (mostly rain, being the U.K.). Every book included is available from one or more British eBook sites. Every book is priced in British pounds. And every book is of course a bargain.

The newsletter layout is very straightforward: simply scroll down and if a cover or title grabs your eye you can click on the link to an eBook retailer and read more/buy it/have second thoughts and scroll down a bit further.

We are not an affiliate site, so we don’t make any money from the retailer if a reader clicks through or buys. We think this is important. It means J.K. Rowling’s listing is equally as valuable to us as J.K. New-Author. Though if you’re reading this, Jo, and want to list What Harry Did Next when it’s finished, we’d treat you like the royalty you are!

How are you promoting the site?
At this stage mostly through word-of-mouth and through blogs.  We ran some U.K. targeted Google-Ads in May, but we believe the very existence of a multi-retailer promotional newsletter solely for British readers (but open to authors anywhere) is its own best advertisement.

What hole in the eBook industry do you aim to fill with the site?
As above, while there are a few retailer-specific promo newsletters in the U.K. (Kindle Daily Cheap Reads, for example) we found there was nothing that recognised the many and growing number of smaller UK retail sites like Waterstone’s, Foyles, ‘txtr (yes, that’s how it’s spelled!), Tesco, Sainsbury, etc.

And while it’s true Amazon does appear to have the best bargains much of the time, a quick glance at our past newsletters will show that’s not always the case.

What are the major differences between the U.S. eBook buyer and the U.K. eBook buyer?
Now that’s a loaded question!

The polite answer is American eBook buyers are comfortable with the concept of e-reading. Although eBooks long pre-date the Kindle, it was Amazon that took the lead in making e-reading an affordable everyday experience. But for a several years it was an Americans-only experience.

When Kindle UK finally took off in mid-2010, the eBook experience was a complete novelty for us. The UK was very slow to get to grips with the idea of eBooks, although things are now changing fast.

While of course everyone loves a bargain, I think it fair to say the Brits are more price-conscious than American eBook buyers, and are less willing to pay top whack for something they can’t physically hold in their hands.

What about the U.K. publishing industry as a whole?  How is it different from the U.S. publishing industry?
Steve Jobs famously said (and missed the boat completely with the Apple iTunes bookstore) that Americans don’t read. Obviously that’s not true, and people are in fact reading more than ever. The convenience and price of eBooks is a major factor in this.

But if it’s true people are reading more in the USA, how much more so in the U.K.!

You may sell more books in America, but that’s because you have a much larger population. Head-for-head, British readers are the most voracious on the planet. And even at this early stage in UK-eBook adoption, the big sellers at the top of the charts sell in serious numbers. If you’re not getting good returns from the U.K. market then rethink your pricing and marketing strategies. The buyers are here!

On this side of the pond, we’ve had such eBook/Indie breakout success stories as Amanda Hocking and Hugh Howey.  Who are the breakout authors in the U.K.?
There are a lot more than you’d expect.

Kerry Wilkinson has just signed a second big deal with a major publisher after storming the Kindle UK charts just over a year ago. Mark Edwards and Louise Voss together took the No. 1 and No. 2 slots simultaneously and picked up a huge deal with a trad publisher. The indie partnership, Saffina Desforges outsold them all to become the eleventh best-selling eBook in the UK in 2011. There are countless examples more recently. 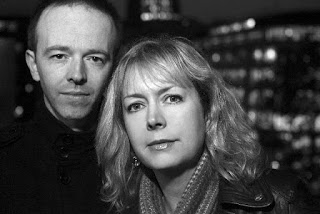 What do you hope to accomplish with the site?
In our dreams, we like to think of ourselves as the British BookBub. In reality, of course, we’re never going to come close to their scale and achievements, because the UK book market simply isn’t that big.  BookBub recently crossed the million-subscriber mark, something we can barely conceive of right now

While we’ve taken our lead from sites like BookBub, we’ve also taken measures to be different. A different layout, different features for listings, no affiliate links... and, of course, seriously affordable prices.

What are your plans for the future?
To be bigger and better.  We want to become THE vehicle for eBook bargain discovery in the UK. At the time of writing this we are less than a month old, so we have a tiny subscriber list, but already authors are reporting good results. Things can only get better from here.

We already have unique elements, like Something ForThe Weekend, Featured Title of the Week, etc., and have plans for several more features that will make the newsletter significantly different from the rest. For the foreseeable future, any revenue that comes in will be reinvested to continue to improve and promote the service.

Anything you’d like to add?
Apart from thanking you and your readers for sticking with me this far?

Just to say eBookbargainsuk is for authors and publishers everywhere. So long as your titles are listed on UK eBook sites we’d love to get them in front of our fast-growing subscriber base of British readers.  Listings are half price through the summer while we build our subscription base, and then very sensible prices thereafter. We’re acutely aware any paid promotion is a risk, and for many authors the sort of prices sites like BookBub charge for listings simply aren’t an option.