What Would Goldie Hawn Do?

on April 21, 2013
A couple of years ago, I was watching a “Biography” on Cher, who, let’s all say it together now, is pretty fucking awesome.  Anyway, no show about Cher would be complete without an examination of her Oscar-winning role in “Moonstruck.”  “Moonstruck” was distributed by the same studio that produced the Goldie Hawn rom-com, “Overboard.”  As the story was told in this “Biography” special, the studio released both films at the same time, but put its money and promotional push behind “Overboard,” because it didn’t think “Moonstruck had any commercial potential and would probably die a quick death.


“Moonstruck” became a sleeper hit, spurred by – you guessed it – word-of-mouth and went on to gross over $80 million at the box office, while “Overboard” earned $26 million.  “Moonstruck” was nominated for six Oscars and won three (including Cher as “Best Actress”) and is considered a classic movie, making numerous “Best Of” lists over the years.

So why did “Moonstruck,” which got no support from the mothership, do so much better than “Overboard,” which did?  Obviously, “Moonstruck” just resonated with audiences in a way “Overboard” didn’t. 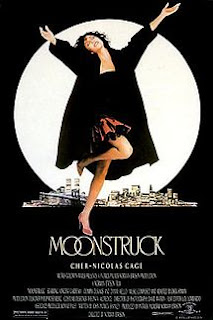 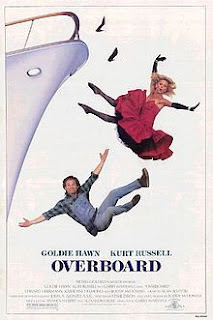 Even when all things aren't equal,
what makes one movie succeed over another?
(Pictures courtesy of Wikipedia)


Did “Overboard’s” lack of commercial success keep Goldie Hawn and Kurt Russell from making more movies?  Of course not.  If it had, it might have robbed us of her terrific performance in “The First Wives Club,” or his turn in “Breakdown,” a fantastic thriller with lots of mystery and heart-stopping moments.  They could have tucked tail and gone home after “Overboard,” meaning we would have missed out on the numerous other successful and critically-acclaimed movies they’ve made since.


Whenever I hear and see these stories about an author ready to throw in the towel because none of the above have happened or wondering why nothing is moving the needle for their book, I always wonder 1) if they’re writing the next book and 2) what other promotional efforts they’re cultivating beyond total reliance on KDP Select Free Days.  Are they doing guest blog posts?  Building relationships with book bloggers for reviews?  Taking advantage of the countless opportunities offered by book blogs for free author interviews?  These are just a few things off the top of my head – there are certainly lots of other creative ways out there to help get you and your books noticed.


Publishing is hard –no one ever said it wasn’t.  It’s even harder when you’re going the road alone and are confined to a shoestring budget (or even a no-string budget) and have to do everything yourself.  What you can’t do is decide because your one book hasn’t made you the next publishing phenom, that you should give up.  If movie producers got discouraged because one movie didn’t do what they hoped, there would never be any movies.  Then what would we do when we’re supposed to be writing?


You have to keep writing and keep looking for ways to break through and find your readership.  It won’t be easy and it won’t happen overnight.  It might not happen until the third, fourth, fifth, even tenth book.   But keep at it and it will.


Speaking of, back to writing.