on August 18, 2013
A few years ago, I spent a summer in Houston fulfilling some family obligations (I call it my Lost Summer as a Fake Housewife of Houston, complete with a gas-guzzling SUV at my disposal, "hairmidity" at its finest and a cocktail everyday at 3 p.m. to cope.)


Tasked with running a bevy of errands one afternoon, I raided the CDs in my father's Case Logic for some tunes to keep me company.  I plucked Mariah Carey's self-titled debut album from the pile, realizing I hadn't listened to it in a long time. 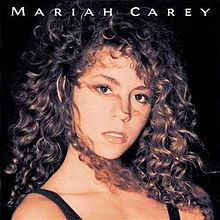 As soon as I popped that CD into the player, I was swept back to my sophomore year and memories of my high school sweetheart (we'll call him JJ), who, I'll say it, was hot; smooth milk chocolate skin, light brown eyes, light brown hair with flecks of blond and a lean physique honed by his time on the wrestling team. When he noticed me in the hallway one day and started to pursue me, I thought I would die.  I couldn't believe this gorgeous guy wanted little ole me.


We started dating a few months before "Vision of Love," the first of Mariah Carey's many No. 1 singles, was released.  When I first heard the song, like so many, I became a Mariah fan, which necessitated running out to buy the cassette tape for ad naseum listening.  And of course, because I was 15 and in the throes of young love, I applied those sweeping, heartfelt lyrics to my own budding romance; "Sweet destiny." "I've realized a dream."


You get the idea.


JJ and I were joined at the hip, passing love notes to each other between class, meeting at each other's lockers after school to walk to the bus stop, spending inordinate amounts of time on the phone each night, hanging out in my living room on weekends watching movies, from the sweet ("Chances Are") to the absurd (I sat through "Johnny Be Goode," so you know I was in love.) I was head over heels and envisioned marriage and baby carriages (at 15!  Bananas!).


And through it all was Miss Mariah.  I listened to "Vision of Love" so much, I'm surprised the tape didn't snap. In fact, I loved every song; from the infectious soda pop of "Someday," to the up-tempo tune with a social conscious, "There's Got to Be a Way," to the haunting, "Vanishing," Mariah was my girl all day long.


JJ and I went sailing along, surviving my annual summer sojourn to Texas for eight weeks (this was before cell phones and email, so you actually had to write letters and plan phone calls if you wanted to keep in touch.  Imagine!). When we were finally reunited after that long, hot summer, I was more in love than ever...that whole "absence makes the heart grow stronger" thing.


Alas, when school started that fall, we hit a roadblock.  Suddenly, my once devoted boyfriend didn't seem to have time for me anymore and I began to hear whispers (this being high school and all) that there was another girl.  Insert ugly confrontation and dramatic break-up.


It was fitting that around the time we broke up, the bittersweet, "Love Takes Time," was climbing the charts.  While "Vision of Love" had ushered in our romance, "Love Takes Time" was a proper epitaph (almost – we would make up and break up several times before finally calling it quits senior year.)
"Love Takes Time"... a fitting end to a love affair
All those years later, as I listened to Mariah croon about being "Alone in Love," or insisting to her wayward lover, "You Need Me," it made me laugh. Not because I thought the songs were silly (far from it), but because listening to them made me think of JJ and a time when I thought our immature little dramas would be the worst heartache I would ever experience in life (little did I know that my very own, "Mr. Big," was right around the corner, a relationship that would consume 18 years of my life.  But, I digress – that's whole other story for another day! ;) )


My new book, "Sweet Little Lies," (which will be free August 19-20 on Amazon), has its roots in the 90's, and in many ways, its themes of love, loss, longing, heartache and betrayal, mirror much of what Mariah sings about on her debut album.


Now, if you'll excuse me... I need to go and listen to that CD I swiped.
Amazon Kindle Free Love Takes Time Mariah Carey Sweet Little Lies Vision of Love