on December 15, 2013
Last week, I turned one of my 2014 releases, “Live to Tell,” over to my First Reader for drubbing.  As always, I’m nervous about what she’ll say.  My nerves are compounded by the fact that in a lot of ways, this WIP is a pretty big departure from my previous works, the biggest of which being that the entire story is told from a first person male POV.


When I first dreamed up this story, it was clear that it had to be told in first person.  Deep down though, I worried it might be too restrictive.  However, as I went along, I really fell in love with it.  In some strange way, and I’m not sure why, it was extremely liberating.  Obviously, on the surface, it would seem to be more confining than the traditional third person POV.  You can only move the action forward according to what that one person is doing and the reader can only guess at the motives and actions of the other characters.  I think in the end, first person POV allowed me to take some risks with the character and the story that frankly, might not have happened had I gone with a third person POV. 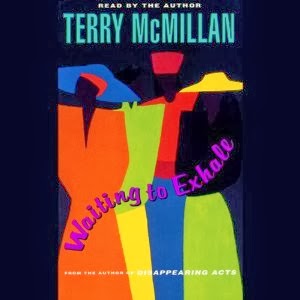 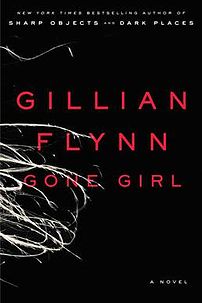 "Waiting to Exhale" and "Gone Girl" are great examples of going outside the box with POV
The more interesting challenge was writing from the male perspective since, obviously, I’m a girl.  A few years ago I attended an author event and one of the topics was the challenge of writing the gender opposite of what you are.  For example, men won’t notice things like what kinds of curtains are in a room, i.e., color, type of fabric—to them, they’re just curtains.


It’s definitely been a good challenge for me to stretch myself in this particular way and frankly, it’s made me eager to experiment with different POVs in future works.  For example, I love what Gillian Flynn did with the alternating POVs in “Gone Girl,” (Nick’s story is told in third person, while wife Amy’s story is told in first person via her diary entries).  Terry McMillan did something unusual and I thought, kind of cool, with “Waiting to Exhale.”  There were four main characters and two of them were in first person (Robin and Savannah) and two were in third person (Bernadine and Gloria—actually, Bernadine’s story sometimes slips into second person).


Telling a story from a male POV was also a good challenge, as it made me think about the story in a different way and approach the character in a different way.  Still, for backup, I’ve asked a guy to read the MS to alert me to “false notes.”  After all, I don’t want my male protagonist to gush about the curtains.