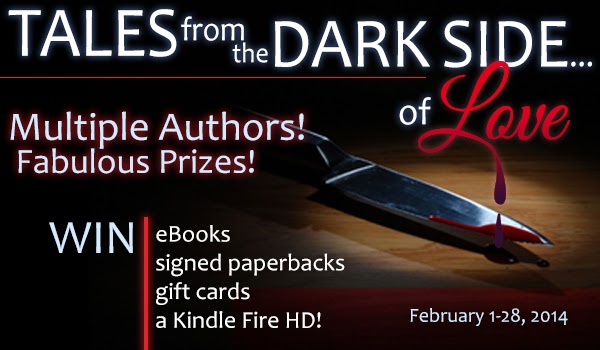 When Cupid Messes Up
By Anna Drake


It's February, the month of Valentines, paper hearts, and thoughts of love. I suspect most people are a bit in love with love. I know I am. But hey, we're mystery and suspense writers here. We can't let anyone get too happy. It's our job to keep readers up nights, to have them biting their nails, and turning our pages to learn how our concoctions turn out.


But remember, when it comes to dreaming up stories of love gone wrong, it takes a lot to trump real life.


The first case I cite stems from the early 1900s, the era of the Gibson Girl, and a wildly ambitious, and rising middle class. It was also a time when grand wealth began fueling extensive notoriety in the nation's newspapers. And no case captured quite so many headlines as did the murder of Stanford White by multi-millionaire, Harry Kendall Thaw.


This tale of love-gone-wrong had everything one could ask for in a murder: an exceptionally beautiful love woman, a terrifyingly insane killer, fabulous wealth, and a burgeoning press thrumming to expose all the details of the affair to their titillated readers. In fact, the story had such depth, that the tale of Evelyn Nesbitt and her involvement with Standford and Thaw remains of interest even to this day.


Until age 11, Nesbitt spent her childhood as the petted daughter of a Pittsburgh lawyer who died at 40 and left his wife and two children paupers. The mother, who was probably ill-suited to undertaking life on her own, tried several self-supporting gambits before her beautiful daughter became an artist and photographer's model, and morphed into one of the earliest celebrities of the era.


Charles Dana Gibson included her image as one of his models of American beauty and she posed for legitimate artists and graced the covers of popular magazines of the day. Inside those magazines, her face accompanied ads for various products. 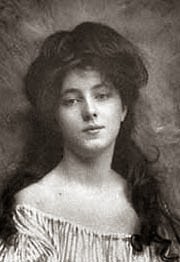 Evelyn Nesbitt was one of the first true-crime media sensations
Photograph by Rudolf Eickemeyer, Jr., 1901
Eventually, she attracted the attention of Stanford White, and he promptly set in place a plan to seduce her. Evelyn's mother was sent out of town. And the daughter, thought at the time to be either 16-years old, or possibly only 14, was taken home by Stanford and fed champagne. According to her tale of the evening, she passed out and woke up in the morning to learn she was no longer a virgin.


Hers was a story she repeated. And it was a tale which apparently drove Nesbitt's eventual husband mad with fury.


Nesbitt and Thaw were together for four years before she agreed to marry him. Even more astoundingly, their time together included a stay in a European castle, where Thaw is said to have held her captive and mistreated her physically. The man was said to have had a history from of mental instability since childhood


The crunch came on the evening of June 25, 1906. The couple was preparing to leave for an extended European holiday when Thaw bought tickets for a play in the rooftop theater of Madison Square Garden. It was there that Thaw pulled a gun and from a distance of about three feet, shot and killed the man he claimed had ruined his wife or life. Witnesses weren't quite sure which word he'd used.


Thaw was tried twice. The first trial ended in a hung jury. At the end of the second trial, he was declared insane. He was remanded to a treatment facility and later released after being pronounced cured.


Nesbitt was allegedly paid by the Thaw family to testify favorably at her husband's trials. After the second trial, the family is said to have dropped her financially. Nesbitt undertook many kinds if work to support herself and her son in her remaining years. Those efforts reportedly included a possible bout with bootlegging during the 1920s. She died January 17, 1967 in California.


The second of our interesting but fatal love stories occurred on the night of April 7, 1779 and involved Martha Ray, the 35-year-old mistress of the 60-year old Earl of Sandwich. According to reports, she had been the earl's mistress for 16 years and had bore five of his six children.


Certainly her age seems to extend beyond what we might consider a femme fatale. But she was said to be pleasant looking. And one commentator compared her to Cleopatra when describing her ability to charm men.


On the night in question, she and the earl were to attend a theatrical performance at Covent Garden. However, the earl was employed by King George as first lord of the Admiralty. As such the earl was unable to make the performance, opting instead to remain on duty at his office to further his work in support of the British war effort against the American Colonies. The war wasn't going well, and some suggested the earl's position might be on the line.


So Martha went to the theater with a female friend. Also there that night was the Rev. James Hackman. No one seems certain what the nature of their relationship was. It is known the Reverend had offered Martha marriage, which she had declined. It is also known that before leaving for the theater, Hackman had written a letter suggesting he might take his own life from despair over his hopeless love life.

The earl, his mistress and her admirer/murderer
(image from http://www.dountoothers.org)﻿


But instead, it was Martha who died. According to reports, after the play Hackman had seen her being escorted from the theater to her carriage by another gentleman. They say the sight so enraged Hackman that he walked up, tugged at her dress to get her attention, and when she turned, he used one of two pistols he'd brought with him to shoot Martha in the head. With the second pistol, Hackman then made an unsuccessful attempt to kill himself.


During his trial, Hackman offered what might be considered a temporary insanity defense. It didn't take, and he was later executed for his crime.


As an interesting aside to this tale of love and murder, the Earl of Sandwich is the man we've heard about who invented that popular combination involving meat and bread. One chronicler, however, argues the sandwich was birthed not to extend the earl's time at the gaming tables, as is often stated, but rather to carve out more time for his political work.


There are other such worrisome tales of love around. They're out there. They're also fascinating. But just remember, when Cupid starts shooting his arrows in your direction, make sure he's having one of his better days.
#
Bianca’s Note: These two stories of real-life love gone wrong prove that old saying that sometimes truth really is stranger than fiction.


I remember in the movie “Ragtime,” that the Stanford White/Evelyn Nesbitt affair played a prominent role in the action and I had no idea about Martha Ray and the Earl of Sandwich.  Very cool.


Thanks to Anna for pulling back the curtain on these two real-life tales from the dark side of love.  For more about Anna’s books, visit her website at http://annadrakeauthor.com/.  She has also contributed a $20 Amazon gift card to this month’s giveaway, so be sure to enter below for your chance to win it along with loads of other great prizes!