Nine Things That Have Influenced My Writing

on October 06, 2014
A few months ago, I had a good girlfriend read the draft of “Every Breath You Take,” (being copyedited as we speak!). The first question out of her mouth when we got on the phone to discuss her feedback?

I’ve blogged before about some of the suspense novels that have influenced my writing, but like so many writers, my influences have come from a diverse pool of interests and experiences stretching back to childhood. While many of my influences are quite dark, I’m actually quite fun to be around. In fact, my close friends who are just now starting to read my books are looking at me a little funny.


So, here are the nine things that inspire the words I put on the page:
True Crime Books

For whatever reason (a harbinger of things to come, I suppose), around the age of twelve or thirteen, I really got into true crime stories, starting with the Tate-LaBianca murders. This led to reading a spate of true crime books as a pre-teen, among them “Lust Killer,” by Ann Rule (the Queen of True Crime) “Perfect Victim: The True Story of the Girl in the Box,” by Christine McGuire and Carla Norton and “Unveiling Claudia,” by Daniel Keyes (I read this one in one night and slept the entire next day. Good thing it was summer vacation.) The psychology behind what drives people to extremes is fascinating to me and is a theme I like to explore in my work. 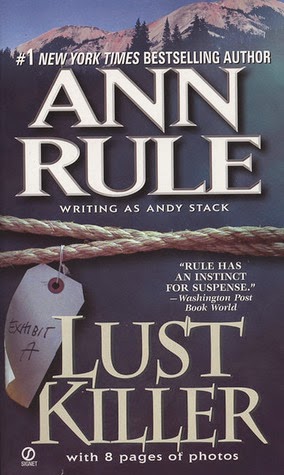 ﻿
One of the first true crime books I ever read﻿
Chicago
While I wasn’t born here, I’ve lived here longer than any place, so it is officially home. I love the vibrancy, international sensibilities and the surprises that this city elicits. People who’ve never been here are SHOCKED at the great restaurants, the green space, the culture, the neighborhoods, the PEOPLE and so much more. I love incorporating little bits and pieces of this city and its suburbs into my stories.

Image from chicagocrystalball.com
Diabolique
This classic French film made me a fan of the “twist” ending, or to be more apt, the ending that smacks you in the face and makes you question everything that came before it. I first saw this in high school and it was one of those movies that left me slack-jawed and reeling and wanting to immediately watch it again.  Masterful.


Soaps
Soaps get a bad rap for being melodramatic and unrealistic, and while at times the razzing is justified, by and large, they are a fantastic model for how to craft a cliffhanger, build compelling characters and wring out as much drama, drama, drama as possible. After all, those are the hallmarks of a good story, no matter what the genre.


I can still remember being on the edge of my seat when a presumed-dead Eden plotted her escape from the unhinged Cain to wing her way home to true love Cruz (Would Cain recapture her??!) (“Santa Barbara”). Or when megalomaniac Adam Chandler tried to gaslight the naïf Dixie, so he could get his hands on the baby she was carrying (it was his, but no one knew) so he and his wife, Brooke, could raise it together (Would Brooke discover Adam’s betrayal? Would Tad be able to save Dixie from Adam??!) (“All My Children”). Or when Marlena fell off a ledge and RoJohn kept vigil by her
bedside for weeks (would TODAY be the day she woke up? Would she remember her husband? Would she DIE??!) (“Days of our Lives.”).  The late Bill Bell and his brand of character-driven drama (still on display on “The Young and the Restless,” which he created), is considered a master class in intelligent, dramatic, absorbing writing.
Agnes Nixon, who created “One Life to Live” and “All My Children,” (and hence, Erica Kane) practiced the mantra, "Make them laugh, make them cry, and make them

The Twilight Zone
While I don’t write science fiction (or even read much of it – or any, if I’m being honest) “The Twilight Zone” is a show I never, ever, get tired of watching. The chilling parables, the microcosms of society, the deft, intelligent writing, the cool detachment of host Rod Serling. While on the surface, “The Twilight Zone” is a “science fiction show,” it’s really about “the truth” of the human condition. What IF you went to sleep one night and woke up somewhere and couldn’t remember how you got there (“Stopover in a Quiet Town”)? What IF all your neighbors turned on you the minute their own self-preservation was on the line (“The Monsters are Due on Maple Street”)? What IF our notions of beauty are horribly skewed (“Eye of the Beholder”)?


As my author crush, Joy Fielding says, “If you want the facts, read non-fiction. If you want the truth, read fiction.” Indeed, “The Twilight Zone” shines a harsh light on the truth.


Alfred Hitchcock
Of course, of course, of course! I mean, he’s just brilliant. No two ways about it. “Psycho,” “The Birds,” “Suspicion,” – the episode of “Alfred Hitchcock Presents” when the woman kills her husband with a leg of lamb (“Lamb to the Slaughter,” itself based on a short story by Roald Dahl), cooks and serves it to the officers who’ve come to investigate her husband’s murder?! I mean, I just slurp this stuff up with a straw.


Law and Order: Criminal Intent
The genius of the Law and Order franchise lies not only in its ripped from the headlines formula, but that each entry in the franchise offers something for everyone. For me, “Criminal Intent” is my favorite, particularly the pairing of Goren and Eames. A modern-day Holmes and Watson, watching the twitchy, intense Goren unspool the minds of the criminals he’s hunting, alongside the steady presence of Eames is Must See-TV for me when I need a good dose of psychological suspense – Dick Wolf style. 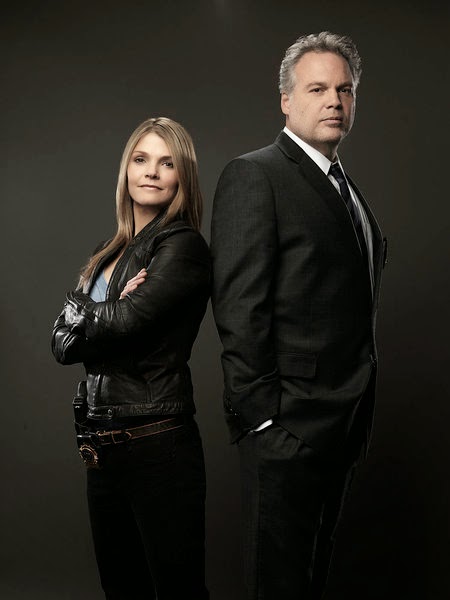 Goren and Eames are the only "Criminal Intent" duo that matter
Pop Music
Given my book titles (which are song titles,) I’m clearly influenced by music – and I’m quite partial to 80’s pop (yes, I’m one of those souls who pines for the days of Cyndi vs. Madonna and when Christie Brinkley popped up in all of Billy Joel’s videos.)


Sometimes, the lyrics of a song really captures the essence of a story idea for me “Every Breath You Take,” is a prime example. I always knew that would be the title of my book). I love creating playlists for all of my books (movies have soundtracks – why can’t books?). While many writers are influenced by songs their listening to while their writing the book, that’s not really how I do it (my go-to music while I’m writing? Lately, it’s been the soundtrack to the TV miniseries, “War and Remembrance.” No, really. It’s dramatic, yet unobtrusive. Stirring, yet unsettling.).
80's Pop Music is EVERYTHING. And a little more.


TV Movies
I grew up in the era of the ABC Sunday Night Movie, the NBC Monday Night Movie (remember those?) and later the Tuesday Night Movie on CBS, so I will always have a fondness for the suspenseful and dramatic tales from those bygone days that featured THE top stars.  If there had been Twitter back when Farrah Fawcett starred in “The Burning Bed,” she would have trended for weeks. “Rage of Angels,” “A Death in California,” “Blood Vows: Story of a Mafia Wife,” and on and on and on - check out my homage to 80's TV Movies and Miniseries on Pinterest. I also love a Lifetime movie and whenever someone compares one of my books to one, I do a little happy dance.
Alfred Hitchcock All My Children Ann Rule Chicago Diabolique Law and Order The Twilight Zone Young and the Restless