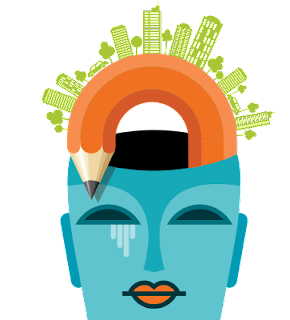 This past weekend, for the fourth year in a row, I attended Printer’s Row Lit Fest, the largest outdoor literary festival in the Midwest and my official start to summer.


It’s interesting to think about not only my first Lit Fest back in 2012 (read about it here) but also how it parallels with the journey of my indie writing career. Back then, I was unpublished and reading everything I could get my hands on about indie publishing. I was also about to head to Toronto for a weeklong writing class with my “author crush,” Joy Fielding (read about that here). Four Lit Fests later, I’ve released three books, am about to release two more and still doing what I can every day to learn as much as I can about this business.


So, in the interest of hanging out with my tribe, finding new books to read and furthering my education on the business and the craft, I once again headed to Printer’s Row and Lit Fest. And here’s what I did:

Panel Discussion: The Characters You Love to Hate Featuring Mystery Writers, J. Michael Major, Kristi Belcamino, Lynne Ramondo and Shane Gericke. Moderated by Lori Rader-Day
It was a packed house Saturday morning as attendees crowded into what might have been a science classroom at Jones College Prep. I attend at least one Mystery Writers of America panel each year (that whole tribe thing) and always enjoy the nuggets I pick up. The discussion centered around why unlikable characters really are likable, i.e. Hannibal Lecter and Walter White. Bad guys provide more opportunity for conflict, because goody two-shoes characters are “boring” (true) and as J. Michael Major put it, “our real world is filled with so much mundaneness,” why would you want to write about it, much less read about it (also true)?

I just had to stop here and say Shane Gericke had my line of the day: “We all have evil inside is . . . we all have mean streaks.” 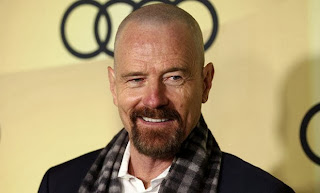 In today’s climate, unlikable characters can’t be “cartoon characters,” and unlike in the “Mickey Spillane era, you have to explain it.”  In other words, you can’t just have evil for evil sakes. There has to be a motivation for why – which is what makes character development even more essential. Lynne Ramondo commented “The Postman Always Rings Twice,” while shocking in its day, it wouldn’t make much of a ripple today (true again.)

Big takeaway: “To understand any character (bad guys included) you have to understand their background.”

It was fun to hear the perspective of each author on this intriguing topic and Lori Rader-Day was a charming moderator.

Mystery Writers of America Impromptu Sessions
The Midwest Chapter of the Mystery Writers of America hosted a number of mini-sessions in their tent. I stopped by for one and wound up staying for three. There was an impromptu session by Susanna Calkins and another author whose name I didn’t catch, on social media and marketing. The session that followed featured Patricia Skalka (who writes mysteries set in Door County, Wisconsin) and another author whose name I also missed (I’m really batting a thousand here – he was from Detroit and during the discussion, invoked some of that city’s greats including Elmore Leonard and Loren D. Estleman) on their writing process, where they get their ideas and the role setting plays in their work.

The third session (the one I came for) was “Law and Order,” meant to feature a police detective (aspiring mystery writer, Adam Henkels, a Chicago-area police officer) and a lawyer. The lawyer couldn’t join the fun, but Matthew Clemens, who has penned TV tie-in novels for CSI: Crime Scene Investigation, CSI: Miami, Dark Angel, Bones, and Criminal Minds, stepped in to pinch hit. It was a great riff about “story showing,” not “storytelling,” the importance of editing, why writing about police work is so boring(!) and why it’s so different from what we see on TV (budgets, for starters). That was probably my favorite mini-session. Unfortunately, the session started late, which meant I had to bolt to get to my next event. Still, I had a blast.

Panel Discussion: Breaking the Deadly Glass Ceiling: Libby Fischer Hellmann, Jessie Chandler, Susanna Calkins, Raymond Benson moderated by Jeffrey Marks
My last session of the day was about kick-ass female characters. Libby Fischer Hellmann, who pens two popular thriller series with female protagonists, wondered why women have to have this characterization (fair point). The discussion centered around the depiction of strong women characters in fiction and even in non-fiction and how women can “go the wall” when it comes to facing challenges and conflict. Raymond Benson, who wrote several James Bond books, admitted he, “burned out all of his testosterone,” on that series, which lead him to create a female superhero, “The Black Stiletto.” Jessie Chandler, whose mysteries feature a lesbian protagonist, is a former Borders manager and she populated her books with her former cohorts (being a former Barnes & Noble bookseller, I can appreciate that – also, Jessie mentioned she got her start with NaNoWriMo.) 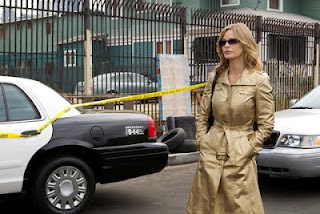 
A few interesting tidbits that came out of the session:


Favorite authors of the panelists include Agatha Christie, Ruth Rendell and Val McDermid.


Fiction: Love Triangles: Mary Kubica (“The Good Girl”) and Rebecca Dinerstein (“The Sunlit Night.”)
Admittedly, I wasn’t quite sure what to expect with this event, as based on what I’d read about each book, love triangles didn’t seem to figure all that prominently into either story. However, I was really excited to see/hear Mary Kubica, as “The Good Girl,” has been on my radar as a “to be read,” for quite a while. I was pleasantly surprised to learn she was a Chicago girl, so even more reason to brave the rain on Sunday.


Turns out, love triangles really don’t play a part in either novel and the moderator cheerfully informed us they’d be “going rogue” for the presentation (love it.). Each author did a short reading: Mary Kubica from her forthcoming book, “Pretty Baby,” (her descriptions of Chicago give me something to aspire to), while Rebecca Dinerstein read from her book, which traverses Brooklyn and Norway. Rebecca Dinerstein indentifies herself as a poet and it definitely shows in her work – gorgeous writing. 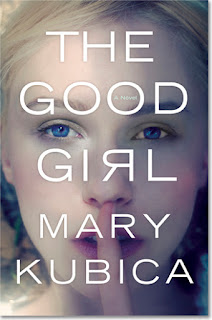 (MaryKubica.com)
Since we were “going rogue,” the conversation centered around the importance of place and setting (see a theme here?) in their work and with genre being so critical in today’s digital age, how they would classify their work (Kubica – psychological suspense, Dinerstein – women’s fiction, though she admitted she’d take, “any genre anyone wants to give me.”). Each confessed that genre can be tricky for women authors, but stressed that each of their works touch on the emotional things women go through – work, family, relationships, love, so women’s fiction would be apt for both.


I ventured a question, asking each who some of their favorite authors are: Kubica – S.J. Watson (ironically, I’m currently reading “Before I Go To Sleep.” She gave it a huge thumbs up.) Heather Gudenkauf, Gillian Flynn, another Chicago girl. Interestingly enough, “The Good Girl” has drawn numerous comparisons to “Gone Girl.” In doing a little research for this post, I found an interview where she also chose Liane Moriarty Ann Hood and Anita Shreve as favorites (could MK be my spirit animal??). Dinerstein praised Michael Chabon and considers herself a Bronte girl, “Jane Eyre” in particular being a favorite.


I purchased, “The Good Girl,” and had it signed. I have also moved it to the top of my “to be read” pile.


I usually leave Lit Fest feeling awed and inspired and this year was no exception. I came home and worked up three blurbs for my WIP, tinkered with said WIP (now in the in hands of my First Reader) and wrote a page and a half of an idea for a new book that’s been tickling my brain for a few weeks. So many great events and authors and information and books. So many books. It’s better than a candy store.